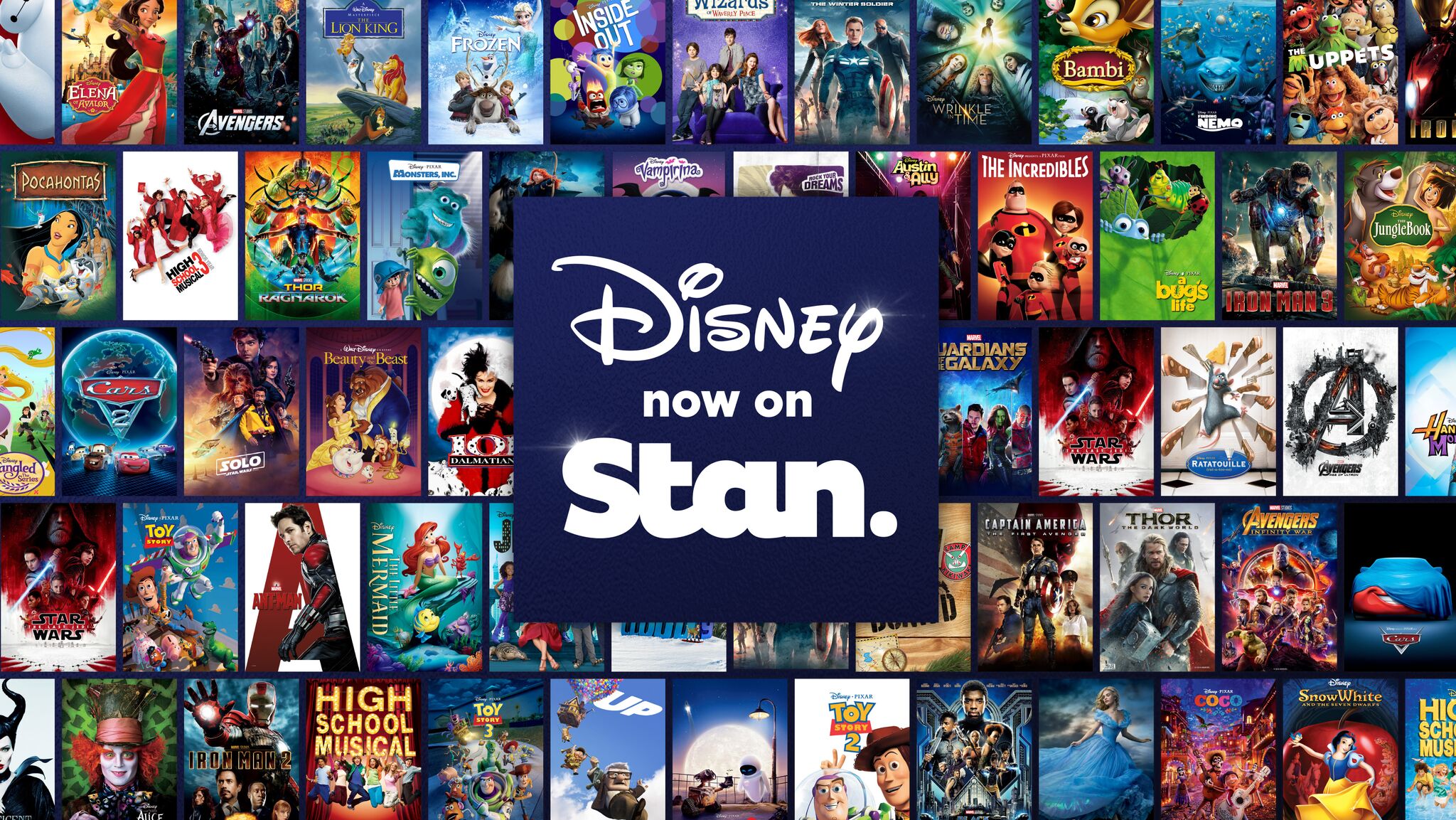 Disney streaming on Stan in Australia

Stan today announced a deal with The Walt Disney Company Australia and New Zealand which will bring some of Disney’s best live-action and animated films and TV programmes to the Australian streaming service this Friday, December 14.

Stan subscribers will be able to enjoy content from Disney’s biggest brands: Walt Disney Animation Studios, Pixar Animation Studios, Marvel Studios, Lucasfilm and Disney Channels, in one place, and all at no extra cost. A line-up of Disney’s monster hits will be available on Stan this Friday, in time for the holidays.

The magic of Disney and Pixar on Stan includes enduring family favourites such as Toy Story, Toy Story 2 and Toy Story 3, Finding Nemo, Frozen, The Lion King, Cars and Cars 2, Monsters Inc. and Monsters University, Big Hero 6, The Incredibles, Up, Wall-E, the animated Beauty and The Beast, Maleficent, The Little Mermaid and the live-action Cinderella. These titles will feature alongside films from the past year including Coco and A Wrinkle in Time.

The partnership will also bring the mighty Marvel universe to Stan including this year’s blockbusters Thor: Ragnarok, Black Panther and Avengers: Infinity War, as well as Iron Man, Iron Man 2 and Iron Man 3, The Avengers and Avengers: Age of Ultron, Thor and Thor: The Dark World, Guardians of the Galaxy, Captain America: The First Avenger, Captain America: The Winter Soldier and Ant-Man.

Mike Sneesby, Stan’s CEO said “Disney is one of the most iconic entertainment brands globally and we are very proud to be partnering with them to bring a huge collection of their biggest live-action and animated films and TV programmes to our customers. With hits from across all their biggest franchises including Disney Pixar, Marvel, Lucasfilm as well as Disney Channels’ TV series and movies, the deal further illustrates Stan’s ongoing commitment to provide our customers with the world’s very best premium entertainment.”